On 24 October, the Polish Institute of Industrial Design (IWP) awarded a top prize in its Dobry Wzór (Good Design) contest to one of Prevex’s bathroom water trap designs, the EasyClean. The fact that our water trap took the prestigious prize in the Home category makes us very happy. We are delighted to be recognised for our innovative solutions also in Poland, the second home of Prevex.

Our award-winning EasyClean water trap – which was nominated to the competition by IWP experts – was finally selected as the winner by an independent jury of 15 professionals. This panel of experts was impressive, consisting of representatives from the Ministry of Enterprise and Technology, the Ministry of Culture and National Heritage as well as architects and designers, art school professors and the President of the Friends for Integration Association.

A water trap for the 21st century

The motivation for presenting the award clearly stems from the fact that EasyClean is a game-changer in the world of water traps. The product was recognised as an innovation, which, with its highly functional design, changes our concept of what we thought was possible in water trap design. “We made a water trap for the 21st century,” said Maria Jeppsson who accepted the award on behalf of Prevex Poland.

About the Institute of Industrial Design in Warsaw

The Institute of Industrial Design (IWP) has over 60 years of experience in the dissemination and management of design and the development of new products. The IWP conducts research projects in the fields of design and ergonomics and is the only organisation in Poland with the status of a scientific unit. Specifically, the IWP conducts activities aimed at improving the innovation and competitiveness of Polish enterprises. In this capacity, the IWP monitors the Polish market of producers to find, certify and promote the best products available.

About the DOBRY WZÓR competition

The competition itself is a 26-year-old tradition aimed at highlighting high-quality mass-produced products and services intended for the Polish market. Through the competition the IWP strives to support the producers and distributors of these products. 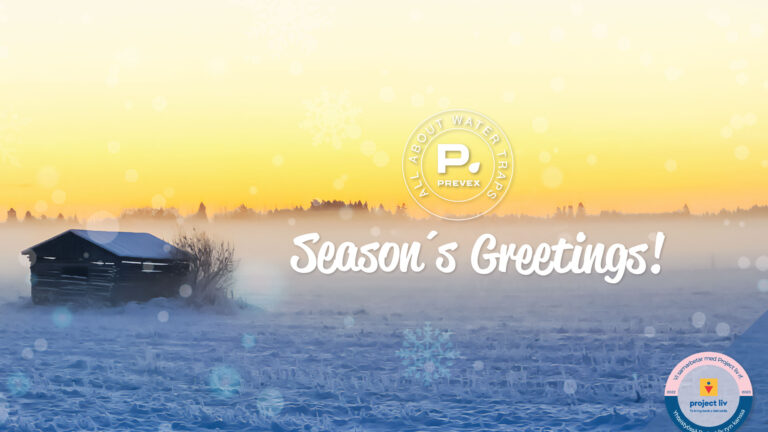